Miyazaki Beef is said to be the best of Japanese beef. Ushinomiya, a Japanese style restaurant specialized in beef with only 6 seats, produces splendid beef menus in various styles.

Kundo Koyama, a radio writer and a sincere meat lover from Kumamoto Prefecture in Kyushu, is a general producer of the restaurant.


Koyama was born on June 23, 1964 in Amakusa City, Kumamoto. He has produced a number of revolutionary television programs including Kanossa-no-kutsujoku and Iron Chef. Koyama was awarded with the 81st Academy Award for Best Foreign Language Film with a movie called Okuribito, which Koyama wrote the scripts. With his intimate knowledge on food, the writer has done a serial on a magazine called ‘dancyu’, has been a general producer of RED U-35, a competition that discovers talented young chefs, and has been a judge for Foodie Top 100 Restaurants, a well-talked ultimate restaurant guide in the US. His roles vary including a master of Shimogamosaryo and the director of the Project Design Department of Tohoku University of Art and Design, etc. He is also a creator of Kumamon.

The Chinese character “食” consists of two different characters; one of the character means ‘person’, while the other has the meaning of ‘good’.

I have considered this as an idea of the starting point of producing a restaurant, which fulfills their customers with energy.

Ushinomiya is a place that fulfills your heart, not your body.

Luckily, Miyazaki has an asset called Miyazaki Beef that they can proudly present to the nation. We provide various menus using the beef.

I hope the restaurant is a paradise for beef lovers.

Starting with our original vegetable juice and salad for warm up, let’s take off on an taste-testing adventure of ultimate beef cuisine.

Hope we fulfill you with energy for a brand new tomorrow. 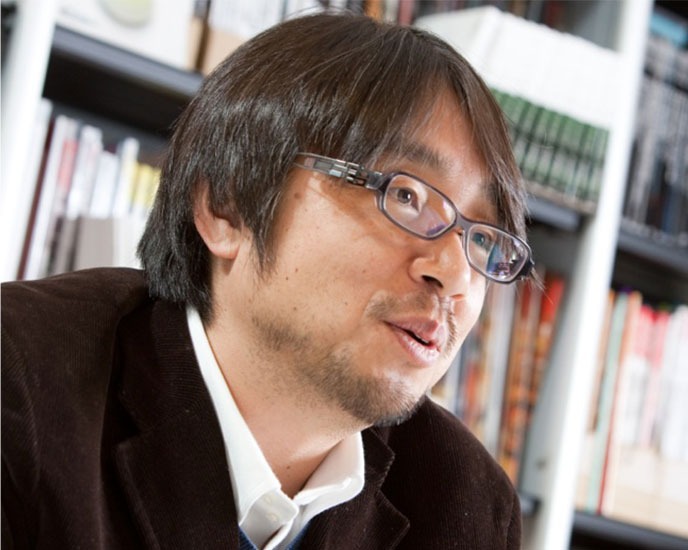 
Kawahara is a Head Chef of Ushinomiya, who was born on January 9, 1973 in Miyazaki City. After graduating from the Cooking department of Nissho Gakuen High school, Kawahara started working at Phoenix Resort, where he has gained experience of cooking a multiple kind of cuisines including Japanese, Western, and Chinese to serve hotel restaurants and the convention centers.

Then he was appointed as a head chef of Ushinomiya in July 2014. 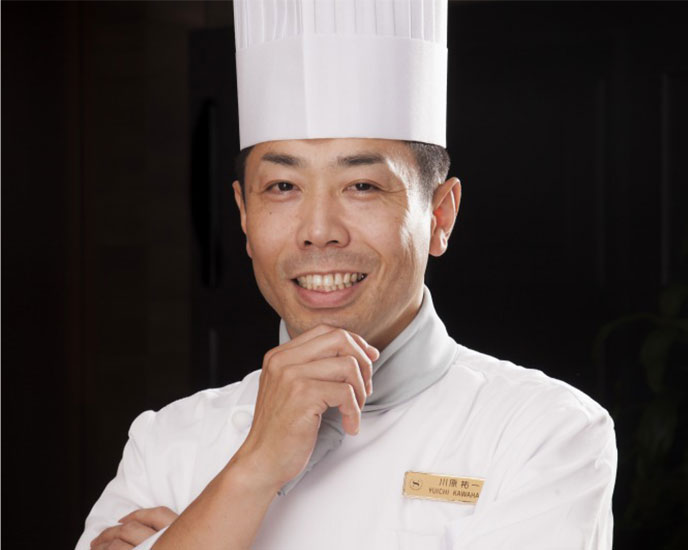 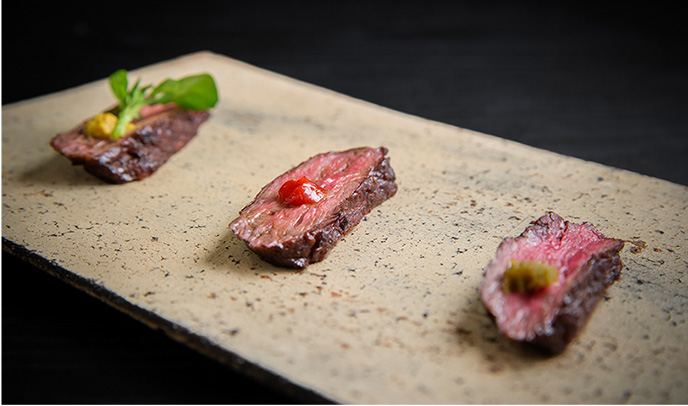